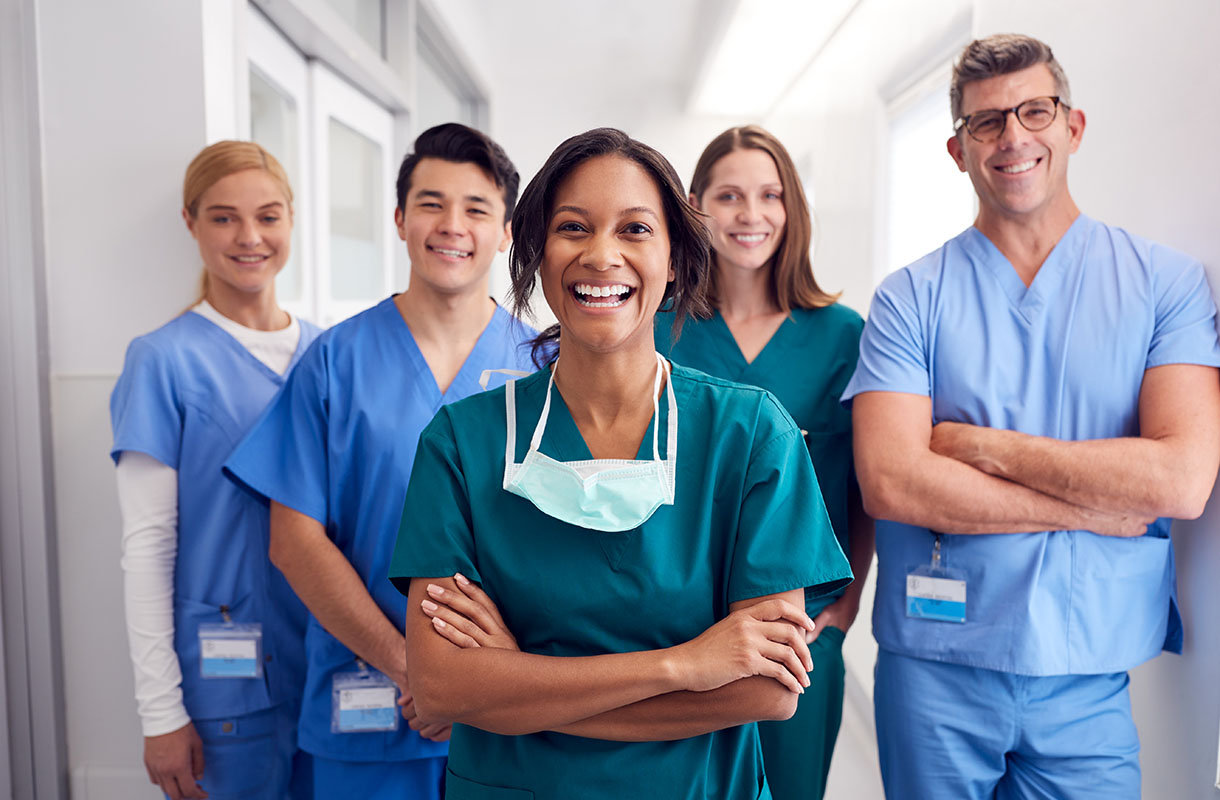 We’re looking to use Provoke in a way that can strategically develop and enable our own self-sufficiency in the future. 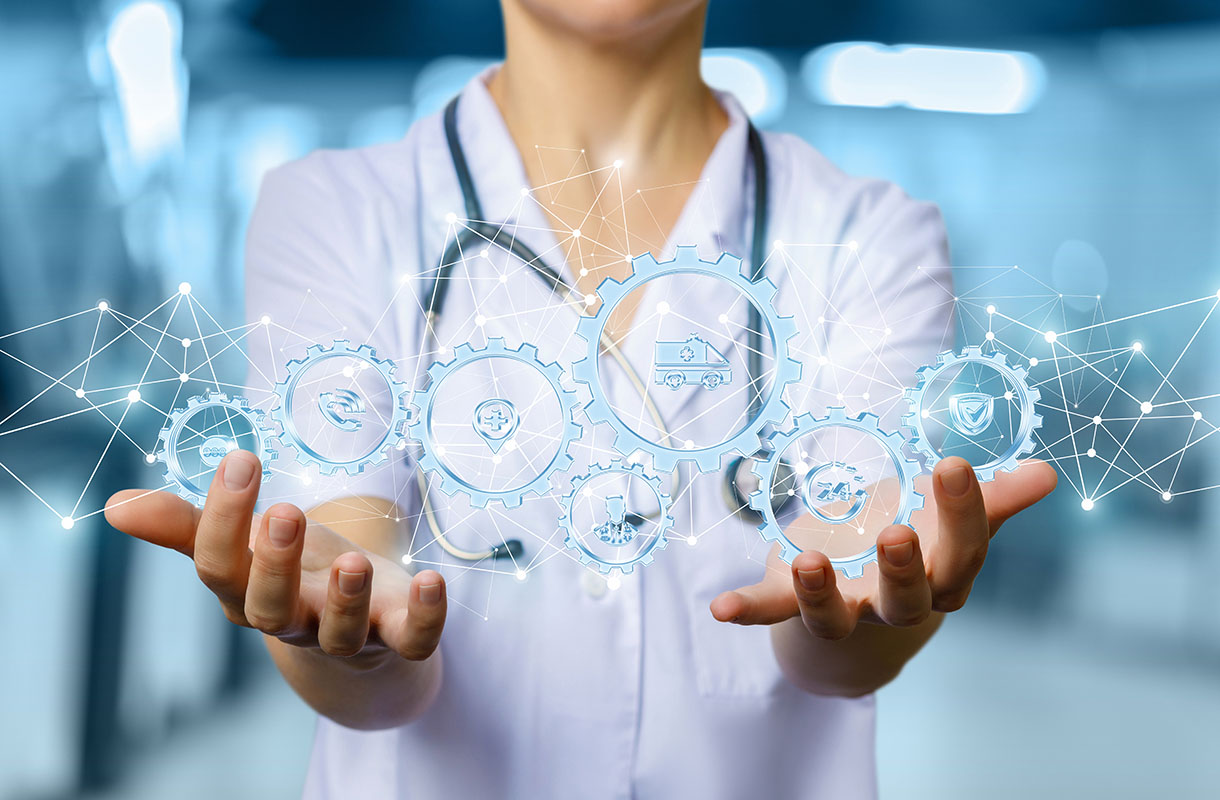 “Provoke has been instrumental in enabling OneHealthPort to migrate to Azure through the design and implementation of our environment.”

OneHealthPort began by offering a single-sign-on service for web forms, helping to move much of the interaction with healthcare providers from phone to online. The natural next step came about a decade later when they created a secure portal for exchanging data.

This portal compiles healthcare information into a single place, where healthcare providers across the Pacific Northwest region can easily access and edit the data. This has many important uses. For example, the portal lets doctors assess how much exposure a patient has had to opioid medication, so they can decide whether an opioid based prescription is a risk.

Until recently, OneHealthPort’s platform was on-premises, hosted and maintained externally by a third-party provider. With the limitations of this technology, OneHealthPort was struggling to evolve their platform with the speed and agility they knew their users needed. One of the benefits of being a small company was an agile and proactive mindset – but despite the desire to change, they often found more roadblocks than opportunities.

This was compounded by their hosting company, who they saw as being too wedded to traditional hosting methods to evolve and adapt. With this provider, OneHealthPort ran into a number of recurring problems:

OneHealthPort quickly realized the situation wasn’t sustainable, and they would be better off moving on – sooner rather than later – from their old provider. If they were going to migrate their infrastructure, they also realized it made sense to move to the best platform available. This meant a transition to the cloud. Microsoft Azure was the best solution available, because of its smooth integration with OneHealthPort’s existing Office 365 technology.

Now that they knew the what and where, it was time to determine how they were going to get there.

Where did they go next?

OneHealthPort’s contract with their existing hosting provider was set to expire at the end of 2019. The company wanted to make sure they were fully migrated to Azure before that point, to avoid having to sign another service contract. OneHealthPort wanted a migration partner that could ensure they could complete the migration reliably and securely, well in advance of that deadline.

For the first phase of migration, they wanted to securely move their workflows to Azure. They also wanted to ensure they made the transition securely and smoothly, with as little downtime as possible.

A partner to guide them to their destination

OneHealthPort initially started discussions with a third-party migration partner. They quickly decided not to proceed, feeling that the company was charging too much for initial consultancy discussions. OneHealthPort wanted to establish their needs and requirements in an environment of mutual trust, rather than feel like they were being charged for every question asked.

OneHealthPort was referred to Provoke where they found a winning partnership. OneHealthPort appreciated Provoke’s project management and client-centric style. The relationship kicked off with a series of meetings where Provoke spent time really listening and thoroughly assessing OneHealthPort’s needs, goals and challenges. These initial meetings built a foundation of trust and flowed seamlessly into the project management phase, where work began in earnest.

Even in the initial fact-finding stage, OneHealthPlan felt like it was in partnership with Provoke, rather than simply being an opportunity to bill consulting hours. Trust was a key component of this early relationship success, and led OneHealthPort to make an unexpected decision. While they had initially planned to internally manage much of the migration, they quickly realized it would be more efficient to hand over the entire project to Provoke.

OneHealthPort anchors into the future

Provoke assisted OneHealthPort in designing their Azure Infrastructure from the ground-up.​ Provoke’s first step was to lead a week-long planning and design workshop that began with current-state evaluation, an overview of Azure services and best practices, and followed by hands-on design of what their new Azure infrastructure would look like.​

Once they’d completed the migration, OneHealthPlan could then consider how the new Azure platform could be adapted and improved to deliver better value in the future, rather than simply being a cloud-based version of what they already had. In their ongoing relationship with Provoke, they’re considering a number of improvements:

As a company, OneHealthPort tries to be as self-sufficient as possible, and their partnership with Provoke has been invaluable in allowing them to achieve this. The flexible nature of the partnership means they can use Provoke to develop their own internal expertise – rather than simply outsourcing a series of tasks.

A healthy future together

With Provoke, OneHealthPort has discovered a genuine partnership that allows them to unlock the benefits of new technology, improve their platform, and develop their internal expertise – all built on a strong foundation of mutual trust. From this position, they can move into the future and continue improving the services of healthcare providers across the Pacific Northwest.